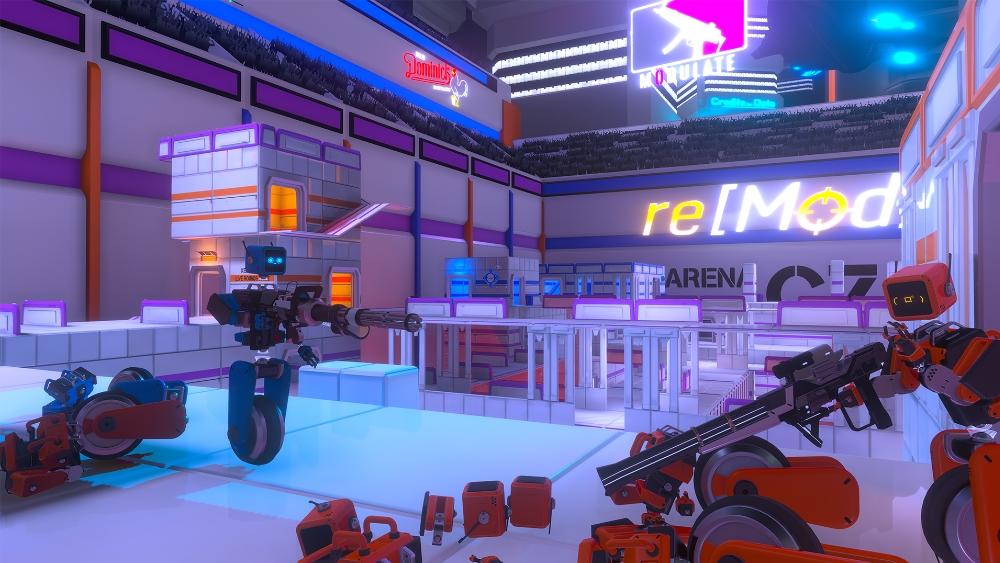 re[Mod] is available on itch.io!

re[Mod] is an all-new first-person arena shooter that centers around a dynamic weapon building system. Players collect a diverse set of weapon parts strategically placed around the arena, modifying their weapon on-the-fly to destroy their opponents. Working with their team, players can capture stage areas to be awarded devastating LEGENDARY weapon parts. With over 1,000 possible combinations, players can explore and create their own unique weapons and dominate the battlefield.

For students in the game-related majors at Champlain, the first semester of the senior year is spent on a single project with a small team in a pre-production environment, followed by a second semester of full production if the game is selected by the faculty. You can take a more in-depth look at the development history of this project on my blog. This is the result of that process. 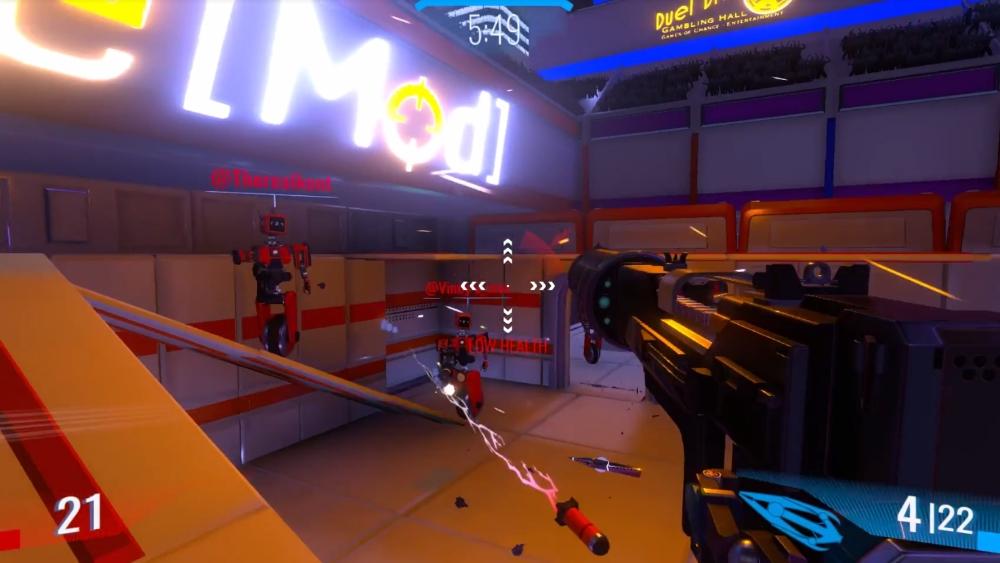 In total, re[Mod] is the result of just under 2000 hours of work by this 4- (and later 8-) person team. As the only initial programmer on the team, and then the lead programmer, I had a lot of responsibilities. Here’s what I can remember doing: